When FLR producer Russell C. Brennan was choosing artists to perform on his next compilation album Cult Themes From The 70's Vol. 2 he had the idea of tempting some of Joe Meek's former artists out of retirement. He chose The Honeycombs and Glenda Collins, whom many fans considered was Joe's best artist, although circumstances conspired against her and she never made the big time despite appearing on legendary shows Ready Steady Go, Juke Box Jury as well as supporting both the Beatles, Cliff Richard & The Shadows and Billy Fury on tours of the UK. Although it was unlikely there would be a hit single from the themes track it would at least give her one last bit of exposure and recognition.
Apparently a few people had tried to tempt Glenda out of retirement before and failed. Russell succeeded because Glenda had heard one of his previous cult themes albums and had been impressed. She also felt that Russell had the same artistic vibe as Joe when they met up. She recorded the theme tune for The Protectors (Avenues and Alleyways) for Cult Themes From The 70's Vol. 2. Some time after this she became ill and reclusive for a while, so we thought the track would be her last legacy to the world of pop, but we were wrong.
In 2019 Glenda agreed to record a track for Cult Themes Forever, an album produced by Russell containing a collection of cult themes spanning the '60s-'90s eras. She covered the Ray Davies' Theme from Budgie (Nobody's Fool) and was in fine form. The limited edition  Cult Themes Forever album came out in late November 2019 and 500 CD copies were made. ​
​To get your copy (while stocks last), please use the Paypal button below and select (UK) or (Outside UK) from the drop down list.
​Inspired by her new recording Glenda again teamed up with Russell for an extra special release called The Long Drop. The backing track for this was produced by Joe Meek back in the '60s, but there was no time to record a vocal before Joe's death. The songwriter Tony Kaye has been sitting on this rare Joe Meek artifact for decades. With new lyrics written by Russell that were based on the original lyrics that Tony had written, Glenda sang the vocals over the original backing track and Russell did some additional production. He was delighted to be able to work on this track since Joe is his number one influence as a record producer and to 'co-produce' with Joe from beyond the grave was a little bit special.
A Limited edition CD-EP  has been made featuring different mixes and versions of The Long Drop, with one of Glenda's favourite Russell songs Numbers as the B-side. It was a lockdown special and will be deleted shortly. For those who prefer downloads, the Long Drop has been released as a single on iTunes, Amazon and other good download sites. 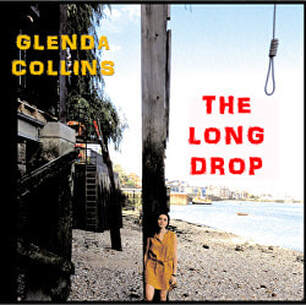 Some fans may still have her original vinyl releases, but for those who don't and cannot get hold of them, FLR has put together a special Glenda Collins EP called In the Beginning with 6 of her early Decca tracks on it. These tracks came out before she met Joe Meek. 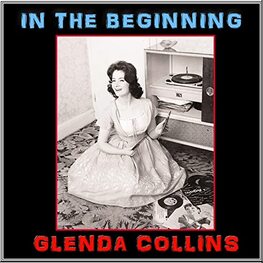 Track Listing In the Beginning
If you would like to purchase The Long Drop single or In The Beginning EP please use the Paypal button below. They are P&P free. Select the items you want (choose in UK or Outside UK), then click Add To Cart.
​A new and alternative remix of Glenda's Find Another Fool has been released as a single on download. Please use the iTunes button below to listen to a sample and make a purchase, or check it out on your favourite download site. 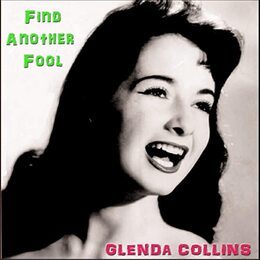 About Glenda Collins...
Glenda Collins was perhaps one of the unluckiest singers in In the early '60s. She was a very talented singer with a distinctive voice, originally signed with Decca. They released several singles: Take a Chance, Oh How I Miss You Tonight, Head Over Heels In Love and Find Another Fool, but although they were all decent tracks they made little impact on the charts. 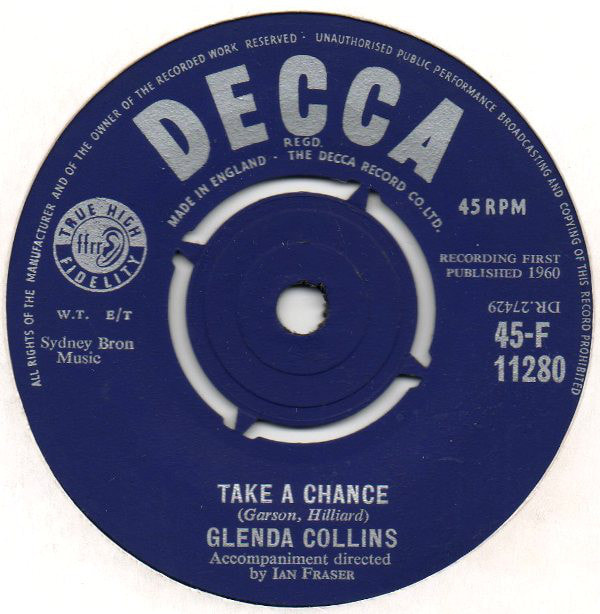 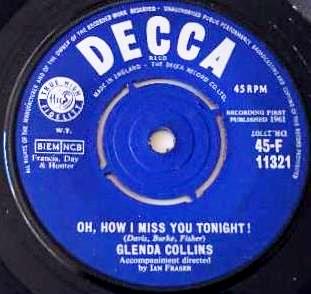 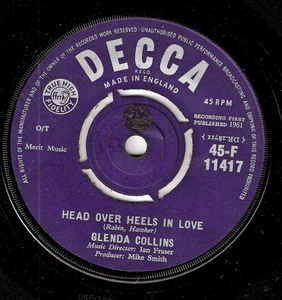 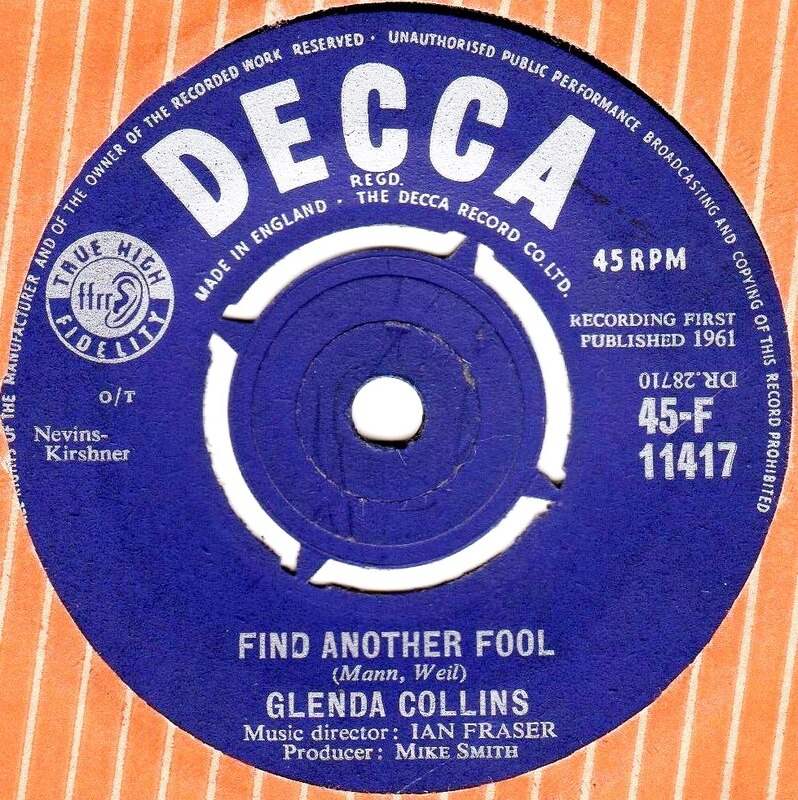 It's mainly Joe Meek fans who remember her because although the gay Joe Meek was notorious for concentrating on male acts he definitely recognised her talent and took Glenda under his wing after her Decca contract expired. Quite a few recordings were made with Joe doing the producing. She toured and was presented on the top TV shows of the time and things looked promising. She scraped into the lower regions of the top 40 with I Lost My Heart at the Fairground  (backed by the Tornadoes).
Meek then teamed Glenda with the Outlaws for the beatier If You've Got To Pick a Baby, released in November 1963. She was all set to storm up the charts following an appearance on Ready Steady Go, with the single having been voted a hit on Juke Box Jury, but Christmas shutdown caused a lack of available copies and put paid to her hopes. She issued Baby It Hurts and Lollipop in 1964 and Johnny Loves Me in 1965. When her subsequent release, Thou Shalt Not Steal, also failed to chart she was dropped by HMV Pop. But she stuck with Meek and he secured her a contract with Pye in early 1966. 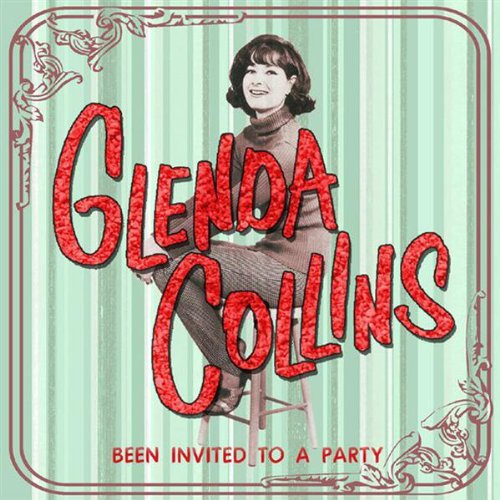 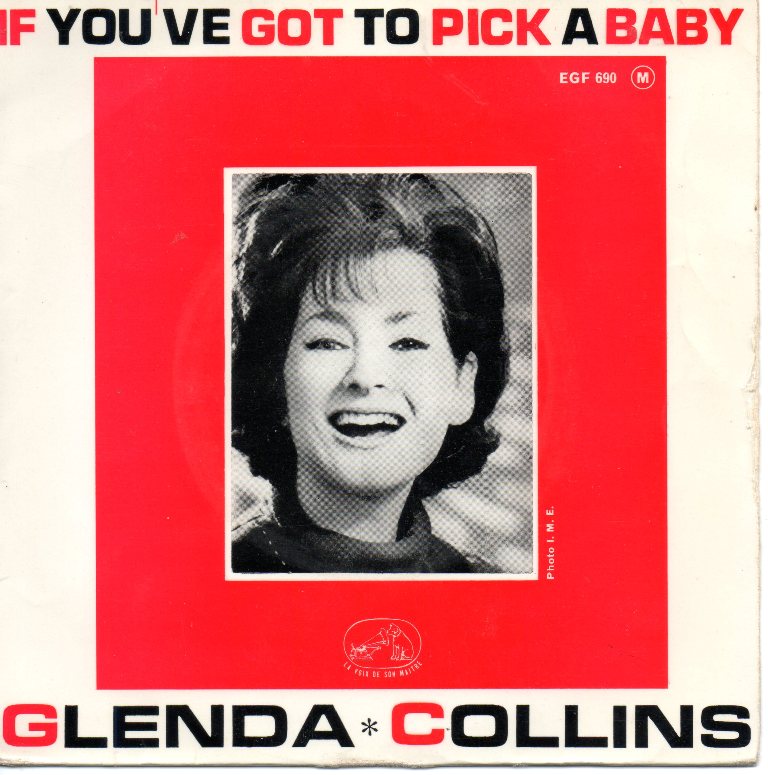 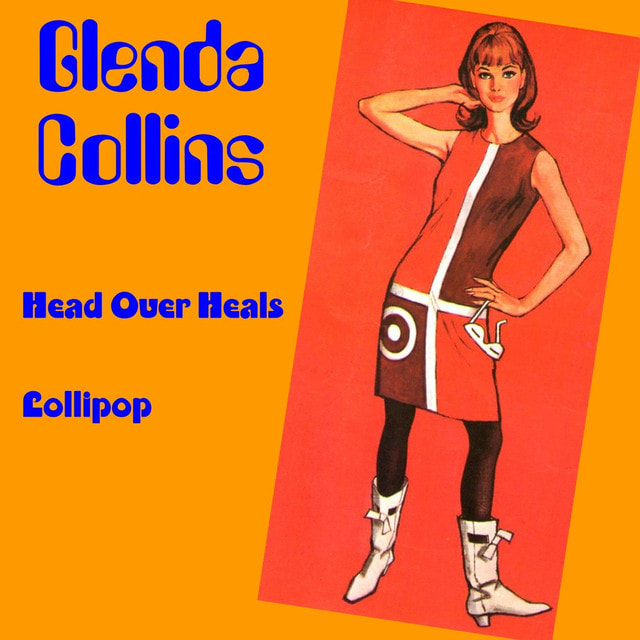 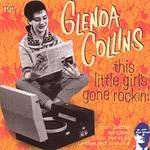 Glenda recorded some excellent tracks in 1966 at Joe's recording studio in London's Holloway Road. For Glenda’s first release on the new label, Meek re-recorded the highly commercial Something I’ve Got To Tell You, which had been a track on The Honeycombs’s album. This should have seen the singer score a huge hit as it was definately chart material. Next up was the single It's Hard To Believe It which was one of the earliest anti-bomb protest songs and was written by Meek. Complete with appropriate sound effects of bombs and rockets the single was issued in the summer of 1966. Meek also teamed her with Mod favourites the Riot Squad (who briefly featured a young sax player called David Bowie), She recorded vocals on the songs You’re Gonna Get Your Way and Yeah, Yeah, Yeah. 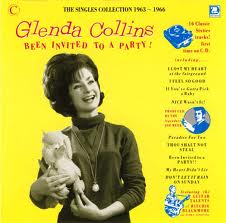 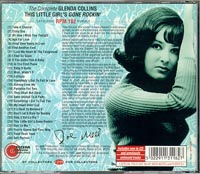 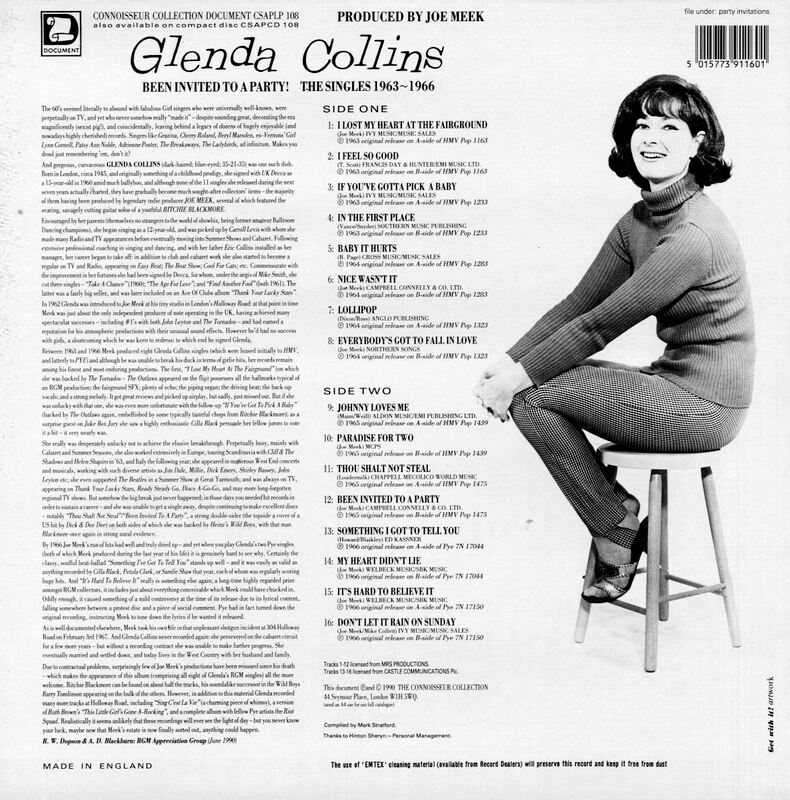 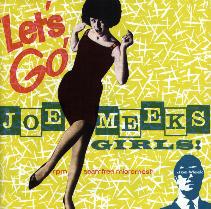 Anyone hearing any of these tracks today wouldn't understand why they didn't get to number one on pure merit, but back in those days you had to pay for DJs to play the songs on the radio (payola, also known as pay per play) and you had to persuade Chart registry shops to stock the records too. If you didn't have the money to cover these expenses you weren't likely to chart. Joe Meek had already had his biggest successes with Telstar (The Tornadoes), Johnny Remember Me (Johnny Leyton) and Have I The Right (The Honeycombs), which took up a lot of his funds. It was also claimed that he was madly in love with the handsome blond singer and Tornadoes bassist Heinz Burt and spent whatever promotional budget he had left to get him a hit with his track Just Like Eddie. This likely left little funds to promote Glenda and get her into the charts.
By early 1967 Meek had spiralling debts, lawsuits and personal issues over his homosexuality (which was still illegal in Britain). Eventually Meek was so out of favour with radio stations that they weren’t interested in his records, no matter how good they were.  When he shot himself – and his landlady – in February 1967, Glenda’s career effectively died too. Meek's financial and personal affairs were left in a mess and it took nearly 20 years to sort them out.
Glenda's father tried to get a new deal with two new recordings produced by him but with the psychedelic period rolling in he stood very little chance. Glenda eventually called it a day and retired from the pop business not long after. We are pleased to see her making a bit of a comeback after all this time.
home