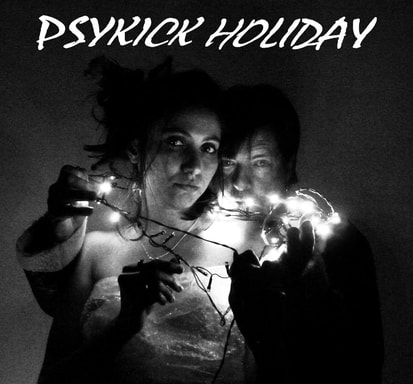 PSYKICK HOLIDAY are purveyors of the exciting music genre ‘Pop Noir’. Russell C Brennan was the main driving force in the band and talented Swedish vocalist Joannaa T, but another great singer came and went before Joannaa and this was Pola. In addition there were guest singers coming in to record the Spanish and French versions of some of the tracks to give the tracks more authenticity in languages other than English.  Up until 2021, the band was Russell's most recent incarnation into the world of Pop Noir music, following closely on the heels of FLR's previous pop band Box Office Poison and continuing the pop noir genre as started by BOP in the late 1990s.
Psykick Holiday produced covers of the themes A View to a Kill  and The James Bond Theme for the FLR album The Themes Bond...James Bond (the Alternative James Bond Themes).

​Bond fans called their A View To a Kill one of the best Bond covers ever. This resulted in the track having 10 out of 10 for popularity on iTunes in the UK. A View To a Kill features the original Psykick Holiday vocalist Pola, who has since gone on to have solo top 3 hits in Greece & Poland. To check out the album, see the track listing and purchase tracks click on the Bond album picture below.
​Unfortunately for Psykick Holiday, Pola then got an offer of a lucrative music biz deal that she couldn't turn down, so she left the band to follow her dreams so once again they were looking for a lead singer who fitted the music. Following on from the release of the James Bond tracks, Natasha joined the band as vocalist. She did a great re-recording of Psykick Holiday's single Sex On The Internet, an erotic song about the current vogue for internet sex, bedroom cam stars and online meeting rooms.
Sex on the Internet itunes
sex on the internet amazon
Natasha came into the band temporarily and just sang on Sex On The Internet, so the hunt was on again for a new vocalist, and she was eventually found in the person of Joannaa T, a Swedish actress and singer. Psykick Holiday's innovative debut album Forever Pop Noir was released in 2010 with all lead vocals by Joannaa T.

The band wrote songs about many 21st Century concerns, such as climate change and pollution, living your life online rather than in reality, obsession, losing your identity, the machine of institutions, stress, mental health issues and other serious subjects. 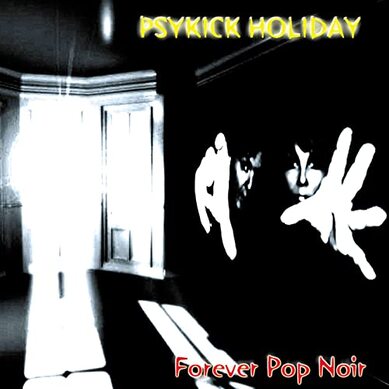 As a thank you for ordering from this site initial orders also come with a Signed Photo of the band (while stocks last).
Select your region (UK or OUTSIDE UK) from the dropdown list below and click Add to Cart
​Forever Pop Noir is also available on download at iTunes, Amazon and many other download sites.

​For the Psykick Holiday Bond Themes please check out The Themes Bond... James Bond album on iTunes ​and Amazon
and the Cult Themes Forever album on iTunes  and Amazon
Joannaa T eventually left the band and Russell did some solo work, then he met Maiko a French artist. She joined the band and has been singing on many of the latest Psykick Holiday songs. The band released many singles on download Including a double A single San Francisco/Let's go to San Francisco featuring guest vocalist Vanessa White-Smith (who starred in Motown The Musical. Please go to the Download page to find them on iTunes. You can listen to samples and purchase them from there or from your preferred download site.
Single releases by Psykick Holiday:
Clicking on the images takes you to the tracks on iTunes where you can listen to samples and purchase if you wish. Alternatively you can browse your favourite download site and purchase them from there.
Psykick Holiday have been working on a second album entitled Sensory Art. The first single to be released in advance of the album is Sea of Souls, which is about female babies in some countries being killed because boys are preferred. The working album cover for Sensory Art is shown below, but this may change before the album comes out. The band expect the album to be released in 2022 - so watch this space! 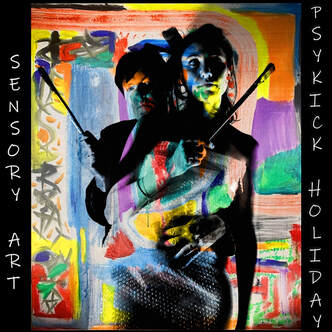 home
If you want to contact us email futurelegend2000@yahoo.co.uk