THE LAMBRETTAS
- part of Mod History 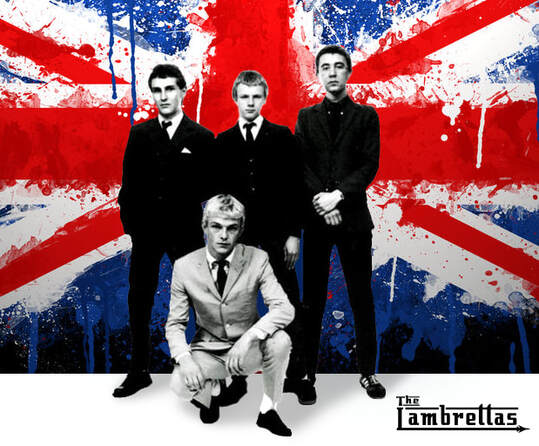 There was a big Modernist revival in the UK in 1979-1980, both in fashion and in music. Although The Jam became massive with their brand of Mod music there was a handful of others who scored some big hits, most notably Secret Affair and The Lambrettas. The Lambrettas were one of the defining bands of the 1979 mod revival. They had the added attraction of being based in Brighton which has long been associated with Mod history. The band originally comprised Jez Bird (vocals and guitar), Doug Sanders (vocals and guitar), Mark Ellis (bass) and Paul Wincer (drums).  The band first performed on June 9, 1979, playing at an all-day Mod concert held in the ballroom at the end of Hastings pier.
The band played various venues around England, then in August '79 were spotted by Elton John’s Rocket Records label. Pete Waterman, who was then unknown & working for Rocket Records, produced Go Steady which was their first single released in Nov '79. It was backed by "Cortina" and "Listen, Listen, Listen". The record company then wanted them to cover the old Coasters song Poison Ivy, so they did a very different ska influenced cover.  Poison Ivy reached #7 in the charts and got them really noticed. 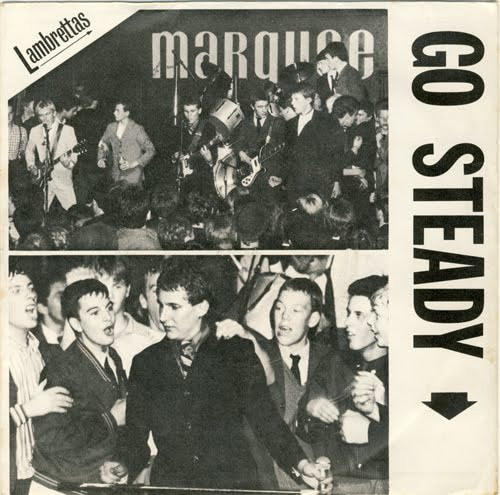 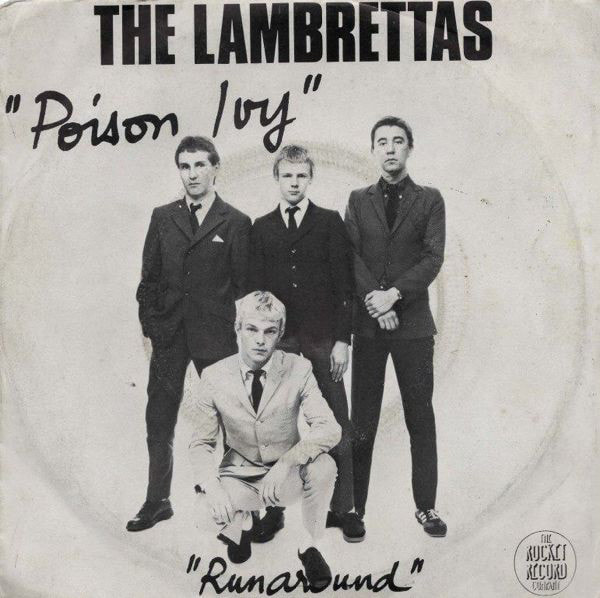 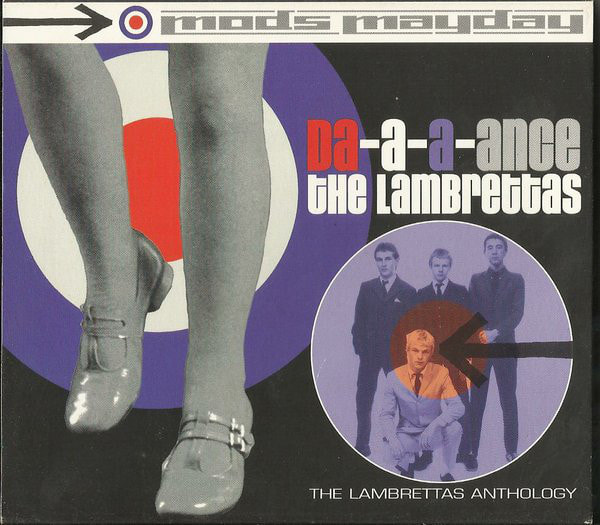 Another hit followed: Da-a-ance (#12 in the charts) and they released an album Beat Boys in The Jet Age which reached #28 in the album charts. From this they released a single Another Day (Another Girl) which was another hit. A second album Ambience followed in 1981 but although this had good reviews it was not a commercial success. The Lambrettas released nine singles and two albums before disbanding in 1982. There has since been 4 compilations albums released from their back catalogue. 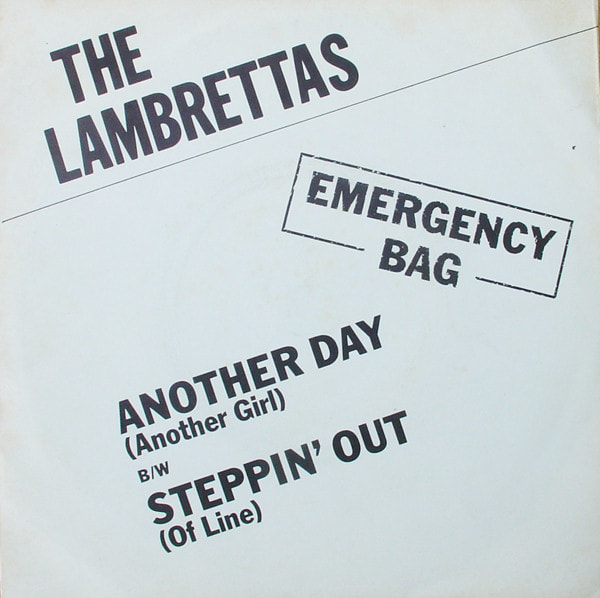 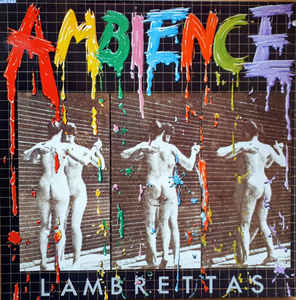 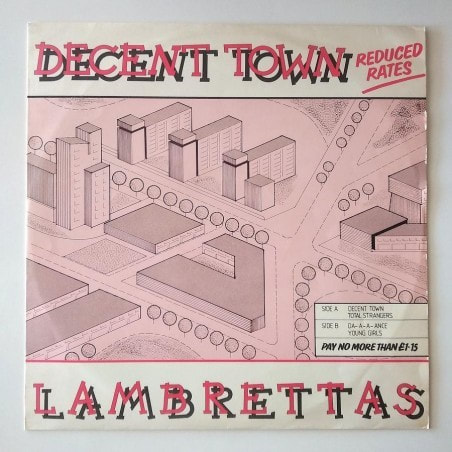 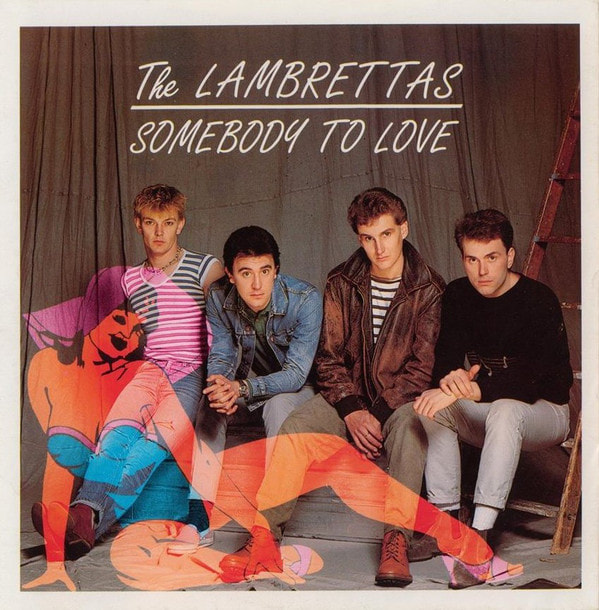 Many of the Mod hitsters of the late 1970's early 1980s split up and disappeared, but a second wave of Mod acts like Eleanor Rigby and Makin' Time made a dent in the music scene post-Jam. However it wasn't until Britpop arrived in the mid 90's that Mod music became flavour of the month again with acts like Blur and Menswear. Alongside this new revival the classic mod film Quadrophenia was due to be re-released in 1997.

To coincide with this, famous footwear company Doc Martens launched a record label and wanted to kick it off with a Mod related compilation. Impressed by Future Legend Records' idea of recording cover versions to help break new acts and knowing of FLR producer Russell's previous Mod connections they enlisted his services to put together an album release. The album was entitled Generation to Generation and was packed full of good Britpop and Mod tracks with some great bands, new and old. It shifted 20,000 copies.
While producing a new version of The Lambrettas single Da-a-ance Russell persuaded singer songwriter and founding member Jez Bird of The Lambrettas to do another recording - The Starsky and Hutch theme tune, to be included on FLR's upcoming compilation album Cult Themes From The 70's Vol. 1. With the original line-up having split, Jez Bird and Russell recorded a brilliant track for the album under The Lambrettas name. This may be Jez Bird's last ever recording as he has since passed away.
Generation to Generation is no longer available in the shops and has since become a collectable Mod/Britpop album. Due to internal changes in the company, Doc Martens closed down their record label and never released another album, which is a great shame. ​
Started in Ronnie Scott's jazz club in London and later on in venues across the world, a 70s style Starsky & Hutch nightclub opened in 1994. They frequently played The Lambrettas' version of the theme in preference to the original. Huggy Bear actor Antonio Fargas came to the club one night and heard it and said it was the best version he’d ever heard of the theme. If you want to get this great version of Starsky & Hutch use the Paypal button below the album picture below and select Cult Themes from the 70s Vol 1 from the dropdown list. You can also check out the track listing of this album and all the other Themes albums by visiting our Cult TV & Film Themes page.
Founding vocalist Jez Bird sadly died in 2008. The Lambrettas have recently re-formed with two of the original members, Doug Sanders and Paul Wincer who have been joined by Phil Edwards, Ant Wellman, Dan Rehahn and Richard Anstey. They have been gigging in venues across the UK. RIP Jez and all the best to the new Lambrettas line up. It's great to see them back again!

home
​If you want to contact us email futurelegend2000@yahoo.co.uk