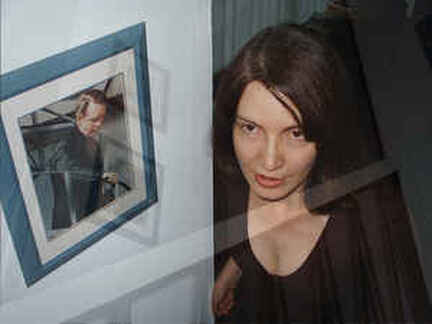 Apart from Box Office Poison we don’t often hear original material that sounds like cult theme stuff in its own right in both vibe and sound, so it was a pleasure to come across Carmel’s album Another Number which was inspired by that big cult series The Prisoner. If you love cult themes music you’ll definately like this album. Carmel's interest in The Prisoner started in the '80s but really took off after having visited the famous Prisoner Village in Portmeirion in '96. She has been back to stay at the village regularly ever since. The album mixes electronica, pop, rock and classical - covering the various emotive aspects of the controversial series with interpretations of the main theme and incidental music.

"Another Number is an entertaining and imaginative musical interpretation of The Prisoner using modern techniques but forsaking the usual series’ samples for a more individualistic outlook. It mixes ‘dance’ instrumentals, thought-provoking vocal performances and incidental music, ensuring that there are plenty of surprises and detail to reward repeated listening."
- Dave Healy, In the Village magazine.

Carmel D. Morris, born in Australia, is a multi-talented individual - a computer and electronics wizard, author, singer, childrens TV presenter and graphic artist.  She sang in a heavy metal band at the age of eighteen. She worked as a graphic artist before turning computer geek and developing a patented random number generator.

She not only performed music in her spare time but also took up book writing, achieving several world-wide best sellers for children, including an origami series and a series of kids fiction books. She had her own TV show, Paper Magic and has her own company, 3D Magic. She has over 30 published books, translated into several languages, including a Magic Eye stereogram series.

Carmel has written music for AV technology promotions and composed songs for local bands in Australia. She recorded Bond theme The Living Daylights for our Cult Themes from the '80s album and did a fantastic job, turning out a powerful version of this A-ha track.

Her debut album Another Number is mainly instrumental. Certain tracks were pencilled in for an upcoming Prisoner movie remake. The album has the guest voice of David Nettheim, who played a part in one of the episodes. 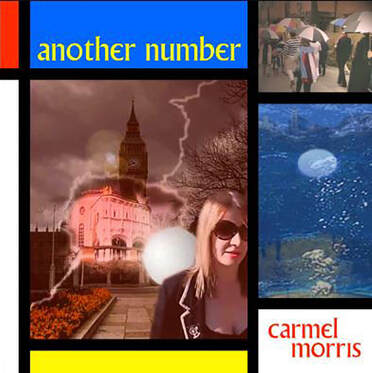 Another Number has been licensed by FLR from Carmel's record company Big One Music.
You can check out samples and purchase downloads from iTunes, Amazon or your favourite download site.
itunes
amazon
​Carmel sings a spine-tingling version of the Bond theme Living Daylights on FLR release Cult Themes from the '80s which is well worth a listen. We think it is one of the best cover versions of this song that we have heard so far.  ​ 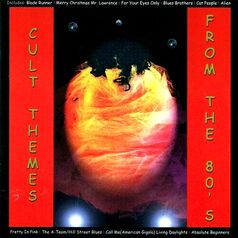 To get hold of the Cult Themes from the '80s album featuring Carmel's version of The Living Daylights
​please select the album from the drop down menu below and click Add to Cart
home
If you want to contact us email futurelegend2000@yahoo.co.uk