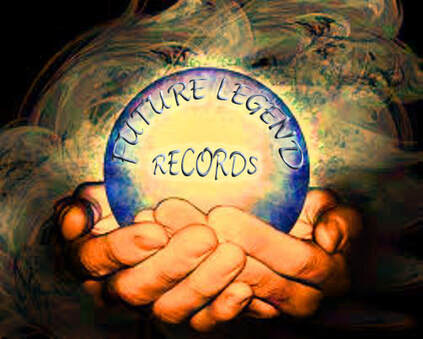 Welcome to FUTURE LEGEND RECORDS - the intimate indie record label for fans of alternative music. If it's innovation or intrigue you're after, look no further - this is the site for you! We are the home of cult themes, pop, mod, ska and pop noir. Come on in, browse our info pages, read about our interesting acts, listen to some amazing tracks and make yourself at home!
Established in 1993 Future Legend Records is one of the most exciting and interesting UK indie labels of recent years, featuring many cult artists and collectable releases. Our vinyl is very sought after and many of our releases are considered classics in their genres. Journalist and TV presenter Tony Wilson, co-founder of Factory Records, called Future Legend Records the definitive indie label.
On this site you can watch videos, listen to music and read in depth information on all our artists. We may also provide links out to artistic, informative and innovative websites that you may find of interest.

The majority of our releases are on download only, but we do have CDs and vinyls of some items available. By buying them through this site you cut out the middleman, making our prices simply the cheapest you can find on the web. Not only that, you are supporting this indie label, helping to keep it going, securing it's future and keeping the indie spirit alive!
The label is most closely associated with best selling '60s style Mod artist Eleanor Rigby who was active in the mid to late '80s. Her limited releases were extra special and even influenced '90s Britpop. Read more about this Mod artist with the sexy voice on the Eleanor Rigby Page.
FLR is also known for starting the Cult TV and film themes trend of the '90s by recording and releasing new versions of Cult TV and film themes to help break new artists and to champion artists from previous decades. Through this unique idea we brought a selection of '60s and '70s hits acts back into the public eye. (More info on our History Page).

The first three cult themes albums covered themes from the 1960s. We held a competition for the best sleeve art for the first album and met some fantastic young artists. In the end they created the artwork of the first two albums, designs that they could then add to their growing portfolios.
The next three albums spanned the 1970s to 1980s. For these later releases FLR asked number one '60s hit act  The Honeycombs, '60s singer Glenda Collins and '70s Mod band The Lambrettas to record new versions of themes, produced & arranged by Russell C. Brennan (who was nominated for UK  Producer of the Year for his production on the '80s album) These tracks helped to revive interest and get additional sales of the artists' previous outstanding works, as well as attract both old and new fans to check out the themes albums.
A 7th and final album Cult Themes Forever was released in 2019 and spanned 3 decades of additional, worthy cult themes. It has been a tradition on these albums for female singers to cover themes originally sung by men and vice versa, so on the seventh album Dollsquad contributed a cover of Fireball XL5 and Glenda Collins sang the theme from Budgie. To see the album track listings and get further info please go to the Cult TV & Film Themes page.
For FLR's 20th Anniversary The Future Legend Records Singles Album was released - a compilation of the singles that have come out on FLR since the company's inception to the beginning of 2013. Since then of course there have been more singles out on the label so look out for a new release in 2023 containing another decade of great tracks!

FLR has of course got strong links with the Mod scene and we felt that a compilation album of Mod tunes would be ideal for our Mod fans. The album Mod Tunes: Three Button Legacy brings the best FLR Mod tunes all together in one place, including outstanding contributions from The Reaction, The Lambrettas, Eleanor Rigby and more. ​
The FLR ethos is not only to help artists but also promote innovation and help to develop new music trends. As well as starting the cult themes trend in the '90s, artists on our record label have started 2 new genres of music. The Ska Surf genre was begun by Ministry of Ska, and the pop noir genre by Box Office Poison, with Psykick Holiday following in their footsteps later.  Check out their pages for further details of how this came about.
FLR has released a whole raft of records on download over the last few years. Use the clickable text links or click on the photos to go to the relevant pages and find out more.

We love to pay tribute to our favourite artists and composers. Since we have done covers of many of their tracks, we have released a tribute album to the legendary composer John Barry - A Tribute to John Barry, a David Bowie tribute EP  Bowie Zone  and a Gerry & Sylvia Anderson tribute album The Andersons Are Go! These albums bring the tracks covered by FLR artists together in one release so that their fans can find them more easily.
Releases of original material have been many, including a Best of... album from our ska band ﻿Ministry of Ska﻿, a Joe Meek inspired offering My Two Minds are 8 Miles High  from UK artist ﻿The Babysitars﻿ and an album inspired by cult TV series The Prisoner called Another Number by Carmel Morris.
Box Office Poison singers Misty Woods and Mouse released their own albums, The Best of Misty Woods and Mirror Image by Mouse. These albums collated their best tracks plus some previously unreleased songs. Check them out on the Misty Woods and Mouse pages.
Due to requests from Bond fans we released a compilation of all the James Bond theme tune covers that our artists had done so far in one album - The Themes Bond ...James Bond, and we also created a crime theme compilation for fans of that genre - Crime Fighters: 20 Kick-Ass Cult Crime Themes.
The 20 Shades of Sex and Erotica album showcased many of the label's sexiest songs across all genres. A later release was the Femmes Fatales of Music album containing tracks from a number of female singers, some of whom are well known such as legendary Hollywood film star Ida Lupino (who often played a Femme Fatale role) and '60s star Glenda Collins. Others are less well known such as new talent Maiko (who is now a sought after French model as well as singer). Maiko features on the cover of the release and has recently joined premier pop noir pioneer Psykick Holiday.​
​Importantly, FLR had the honour of persuading cult '60s star Glenda Collins to come out of retirement to cover some theme tunes on our cult theme compilation albums. In addition, for Glenda Collins fans we have re-released her hit Find Another Fool and created a new Glenda Collins 6 track EP called In the Beginning, which showcases her first 6 Decca singles.

We were very lucky to have had a big scoop too, from an old friend and songwriter who used to know legendary producer Joe Meek back in the day. He had written a song that Joe Meek had produced a backing track for before he died, but although it had lyrics it had never had vocals put on it or ever been released. It was called The Long Drop. Russell changed the lyrics a little to suit a female singer, then we asked Glenda to sing the vocals and Russell finished off the production. The Long Drop release is therefore exclusive to this record label and is most likely one of the last tracks Joe Meek worked on before he tragically committed suicide in 1967. Check out the page for Cult Artist Glenda Collins for more info. ​
Recently we have joined forces with record label Showbiz Records and have been releasing many of their acts through the online distribution network that we currently use for our own worldwide downloads. This fits in well with our ethos of getting greater exposure and increased sales for singers, songwriters and musicians.

For a brief flavour of some of Future Legend Records sounds, we have put together a short video for you. Check it out below!
Future Legend Records is a label that showcases great artists, innovative production, and music that is more individual and creative than the standard fare often put out by the major record labels. We thank you for visiting our site and hope you find lots of interesting facts and some great music! Bookmark us now and come back frequently to find out about our latest releases and news. See you again soon!